LESSON 1. THE ART OF LETTER WRITING 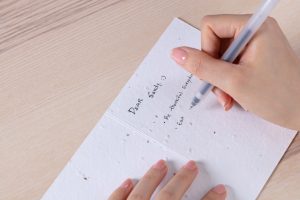 1.  Describe a picture. What do you see in the picture? What is going on there?

Read a parent’s concern about his son. What worries him? Do you have the same problem?

Do you know how to mail a letter properly? Do you think a person living in the XXI century needs to know how to do it? Why or why not?

3. Ex. 3 p. 267 Read the two opinions on the art of letter writing. Do the authors think that letter writing is under the threat of extinction?

4. Match the words with their definitions.

5. Find in the text the nouns derived from the following words.

6. Read the following statements. Agree or disagree with them. Explain why.

7. Record the arguments in favour of letter writing and in favour of modern means of communication. What do you personally prefer?