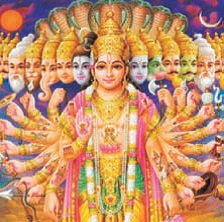 1.  Look through the list of interesting facts about India you probably don’t know yet:

3. India is a mixture of sights. Think of possible reasons.

Model. They sell lots of fabric in India because Indians might still wear handmade rather than manufactured clothes.

5. Watch the video about India and enjoy its landscapes and views:

6. Now you know more about India. Make a presentation about it. Say what India looks / sounds / smells / tastes / feels like.