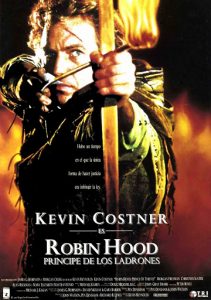 1.  What’s the best film you have ever watched? Which film would you you like to recommend?

2. Watch the trailer of the film Robin Hood Prince of Thieves. What are your impressions? Would you recommend your friends to watch it?

3. Read the film summary and replace the words in bold with their synonyms in the box. Say why the film is a success.

4. Match parts of the sentences about the film Robin Hood Prince of Thieves.

5. Listen to the song Everything I Do I Do IT For You, [Original Soundtrack from “Robin Hood“] by Brian Adams. Complete the song with the missing words.

6. Write a review of the film you would advise to watch. Use the questions from ex. 4 p. 242 as a plan. Send it to your teacher.