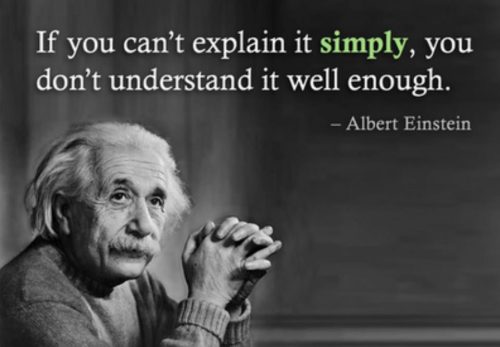 Albert Einstein was born on March 14th 1879 at Ulm, Wurttemberg, Germany. He attended elementary school at the Luitpold Gymnasium in Munich. He enjoyed classical music and played the violin. 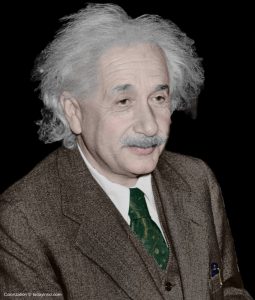 In 1894, the family moved to Milan, Italy. Then Einstein enrolled at the Swiss Federal Polytechnic School in Zurich. Einstein tutored children, until 1902, when the father of his friend, Marcel Grossman, recommended him as a clerk in the Swiss patent office in Bern. Whilst studying James Maxwell’s description of the nature of light, Einstein discovered that the speed of light was constant, which conflicted with Isaac Newton‘s laws of motion, and it was this realisation that led Einstein to formulate the principle of relativity.

In 1905 he submitted a paper for his doctorate at the Polytechnic Academy in Zurich and in the same year published four papers in the physics journal, Annalen der Physik. These were the Photoelectric Effect, Brownian Motion, Special Relativity, and the Equivalence of Matter and Energy E=mc2. Einstein subsequently went to the University of Berlin, as director of the Kaiser Wilhelm Institute for Physics from 1913 to 1933. In November 1915, Einstein completed the General Theory of Relativity. In 1921, Albert Einstein received the Nobel Prize for Physics for his explanation of the photoelectric effect, rather than his work on relativity, which was considered controversial.

In December, 1932 Einstein decided to leave Germany because of the Nazis. He took a position at the Institute for Advanced Study at Princeton, New Jersey, becoming a U.S. citizen in 1940. He spent the rest of his career trying to develop a unified field theory for the forces of the universe. On April 17, 1955 he died of an abdominal aortic aneurysm. 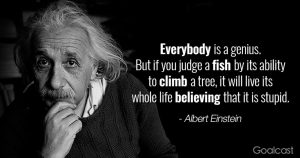