AVATAR movie takes us to an unforgettable world beyond imagination, in which a reluctant main cheracter dives into an epic adventure, bravely fighting to save the new alien world he has decided to call his own home. James Cameron, the world famous Oscar-winning director, was thinking over the film for almost 15 years to start the realisation of his vision. And after four years of careful production, AVATAR delivered a fully immersive cinematic experience of a new kind, where the revolutionary technology invented to make the film disappears into the emotion of the characters and the sweep of the story.

Watch the movie trailer and try and fill the missing words in the script (in some of the gaps you should mind the verb forms):

And the theme song for the movie “I See You” was performed by Leona Lewis.

Enjoy the song and choose the words you hear: 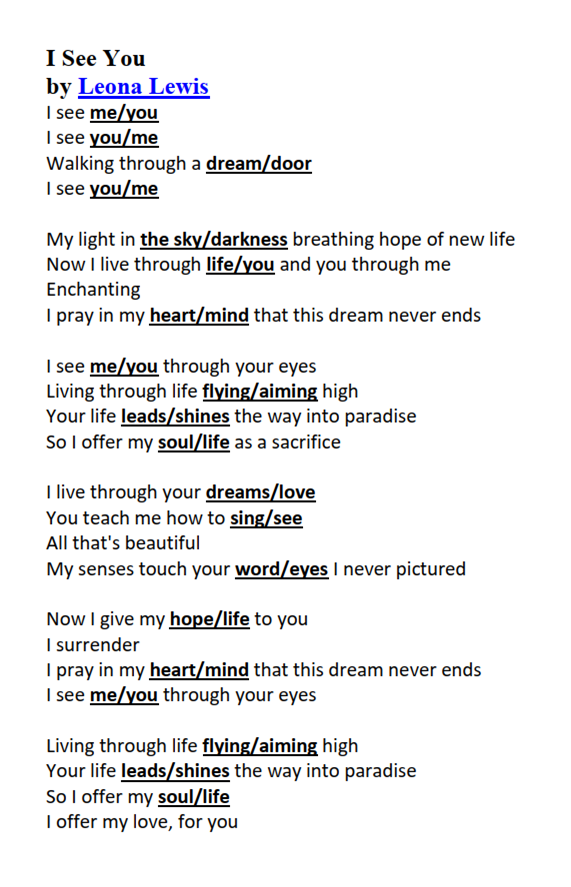