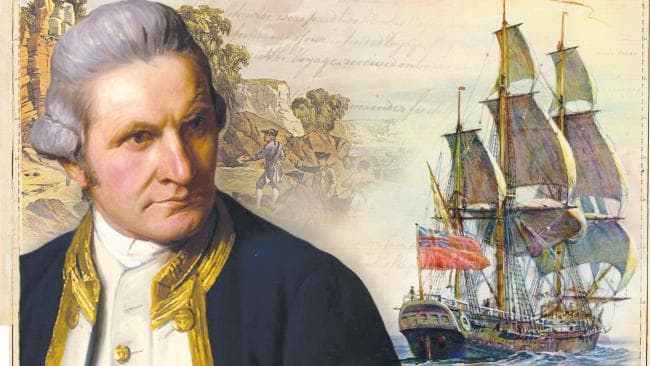 James Cook was born on 27 October 1728 in a small village near Middlesbrough in Yorkshire. His father was a farm worker. At the age of 17, Cook moved to the coast, settling in Whitby and finding work with a coal merchant. In 1755, Cook enlisted in the Royal Navy, serving in North America where he learnt to survey and chart coastal waters. 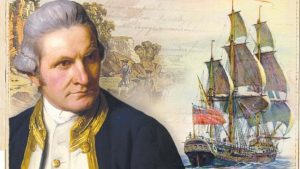 In 1769, the planet Venus was due to pass in front of the Sun. The British government decided to send an expedition to observe the phenomenon. A more secret motive was to search for the fabled southern continent. Cook was chosen as commander of the Whitby-built HMS Endeavour. Endeavour arrived in Tahiti in April 1769 and continued on to New Zealand, and then sailed along the length of Australia’s eastern coast, which had never before been seen by Europeans. Cook claimed it for Britain and named it New South Wales.

In 1772 Cook set out on a second voyage to look for the southern continent. His two ships sailed close to the Antarctic coast but were forced to turn back by the cold. Cook’s third voyage was to find the North-West Passage that was believed to link the Atlantic and Pacific oceans. Unable to find the fabled route, Cook took his two ships south and explored the island of Hawaii. Relations with the islanders were soured after the theft of a ship’s boat. On 14 February Cook tried to take the local leader hostage. There was a scuffle and Cook was stabbed and killed.