The new wonderful year is at the door,

Let it in and be happy even more! 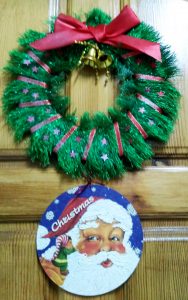 The Killers –
Joel the Lump of Coal

Some time ago, at Santa’s place
Up in the old North Pole
There lived a lump of anthracite
Whose parents called him Joel

Joel, Joel, the lump of coal
Happy as a lump can be
He just wants to keep Santa warm
And make the (1) elves cozy

But Santa Claus had other plans
For Joel one fateful day
“Joel, you’re just the lump I need
Come join me on my (2) sleigh“

Joel, Joel, the lump of coal
Heart leapt up with joy
“I’ll soon be Santa’s (3)present to
A lucky girl or boy

What kid would ever want you?
You’re filthy as can be
Now you have to go and live
With one who’s been (5) naughty“

“But I make heat,” poor Joel cried
“And electricity”
“You pollute the air
With CO2 and mercury”

Joel, Joel, the lump of coal
Fell down upon his knees
“I don’t wanna live with a naughty kid
Don’t make me, Santa, please”

But Santa laughed his (6)jolly laugh
“Ho, ho, you stupid lump
You’re just the thing to teach this brat
That Santa ain’t no chump”

So off they knew and, before he knew
Joel was in a sack
He cried and yelled to Santa Claus
“Why don’t we just go back?”

Joel, Joel, the lump of coal
Knew what he must do
He said “Now I know the reason why
I got sent to you

So take me in your hand, young man
And (8) squeeze with all your might
Let’s turn your pain and anger
Into something that shines bright”

Then Joel, Joel, the lump of coal
He gave his life away
So that one good naughty little boy
Found a diamond on Christmas day. 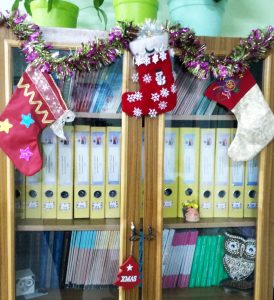