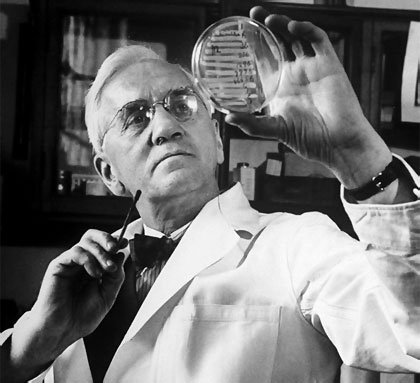 Sir Alexander Fleming, a Scottish researcher, is credited with the discovery of penicillin in 1928. At the time, Fleming was experimenting with the influenza virus in the Laboratory of the Inoculation Department at St. Mary’s Hospital in London. 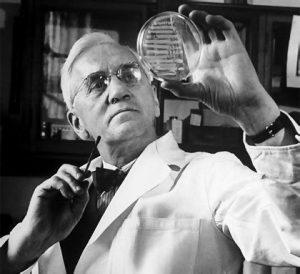 Often described as a careless lab technician, Fleming returned from a two-week vacation on September 3, 1928, to find that a mold had developed on an accidentally contaminated staphylococcus culture plate. Upon examination of the mold, he noticed that the culture prevented the growth of staphylococci.

Penicillin made a difference during the first half of the 20th century. The first patient was successfully treated for streptococcal septicemia in the United States in 1942. However, supply was limited and demand was high in the early days of penicillin.

Penicillin helped reduce the number of deaths and amputations of troops during World War II. According to records, there were only 400 million units of penicillin available during the first five months of 1943; by the time World War II ended, U.S. companies were making 650 billion units a month.

To date, penicillin has become the most widely used antibiotic in the world. 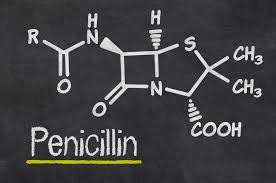