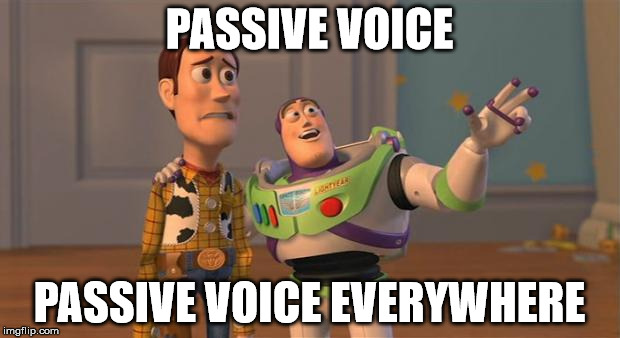 In English, all sentences are in either “ACTIVE” or “PASSIVE” voice.

1. When we want to change the focus of the sentence:

The Mona Lisa was painted by Leonardo Da Vinci. (We are more interested in the painting than the artist in this sentence)

2. When who or what causes the action is unknown or unimportant or obvious or ‘people in general’:

He was arrested (obvious agent, the police).
My bike has been stolen (unknown agent).
The road is being repaired (unimportant agent).
The form can be obtained from the post office (people in general).
3. In factual or scientific writing:
The chemical is placed in a test tube and the data entered into the computer.
4. In formal writing instead of using someone/ people/ they (these can be used in speaking or informal writing):
The brochure will be finished next month.
5. In order to put the new information at the end of the sentence to improve style:
Three books are used regularly in the class. The books were written by Dr. Bell. (‘Dr. Bell wrote the books’ sound clumsy)
6. When the subject is very long:
I was surprised by how well the students did in the test. (More natural than: ‘how well the students did in the test surprised me’)
Some more information about PASSIVE can be found HERE.
Try and practise using PASSIVE:
1.