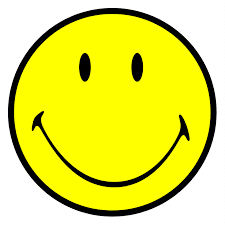 SMILEY WAS CREATED 55 YEARS AGO

A smiley (sometimes called a happy face or smiley face) is a stylized representation of a smiling humanoid face that is a part of popular culture worldwide. The classic form designed by Harvey Ball in 1963 comprises a yellow circle with two black dots representing eyes and a black arc representing the mouth (😃)

On the Internet and in other plain text communication channels, the emoticon form (sometimes also called the smiley-face emoticon) has traditionally been most popular, typically employing a colon and a right parenthesis to form sequences such as 🙂, 🙂, or (: that resemble a smiling face when viewed after rotation through 90 degrees. “Smiley” is also sometimes used as a generic term for any emoticon. The smiley has been referenced in nearly all areas of Western culture including music, movies, and art. The smiley has also been associated with late 1980s and early 1990s rave culture. 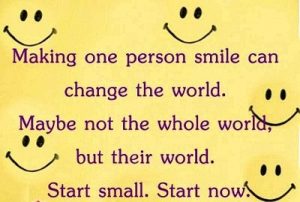 And here’s a song with Smiley Face in its title…

Listen to the song and choose the words you hear: