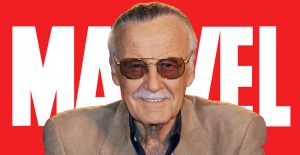 Stan Lee (born Stanley Martin Lieber, December 28, 1922) is an American comic-book writer, editor, film executive producer, and publisher. He was formerly editor-in-chief of Marvel Comics, and later its publisher and chairman before leaving the company to become its chairman emeritus, as well as a member of the editorial board.

In collaboration with several artists, he co-created Spider-Man, the Hulk, Doctor Strange, the Fantastic Four, Iron Man, Daredevil, Thor, Black Panther, the X-Men, and many other fictional characters, introducing a thoroughly shared universe into superhero comic books. In addition, he challenged the comics industry’s censorship organization, the Comics Code Authority, indirectly leading to it updating its policies. Lee subsequently led the expansion of Marvel Comics from a small division of a publishing house to a large multimedia corporation.

He was inducted into the comic book industry’s Will Eisner Award Hall of Fame in 1994 and the Jack Kirby Hall of Fame in 1995. Lee received a National Medal of Arts in 2008. He has had many cameo appearances in films and TV, he holds the number one spot in terms of total revenue generated by all the films an actor has appeared in over their lifetime.