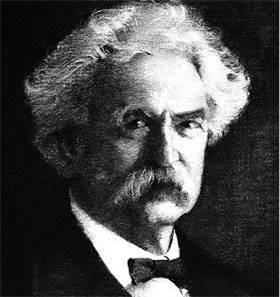 Mark Twain, whose real name was Samuel Clemens, was the brilliant author of several novels, including two main classics of American literature and beloved among lot of children around the world: The Adventures of Tom Sawyer and Adventures of Huckleberry Finn. In his eventful life he was also a riverboat pilot, journalist, lecturer, entrepreneur and inventor. 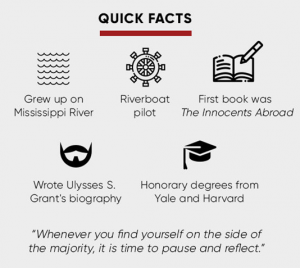 To have a virtual tour around Mark Twain’s house:

The Adventures of Tom Sawyer was published in 1876. The novel is about a young boy growing up along the Mississippi River. It is set in the 1840s in the fictional town of St. Petersburg. In the novel Tom Sawyer has several adventures, often with his friend Huckleberry Finn. The book is considered by many to be a masterpiece of American literature.

Twain began his career writing light, humorous poems. A complete bibliography of Twain’s works is nearly impossible to make because of the large number of works he wrote and his use of several different pen names.

Great works of Mark Twain suitable for all ages include: 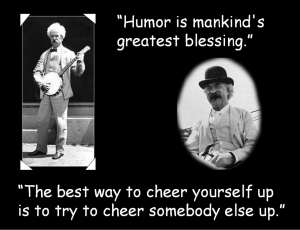