The movie Transformers of 2007 is the beginning of the sequel si-fi movie series based on iconic toy line with the same name. Now there are 6 films about Transformers but who knows what other new stories about enormously strong, brave and so humanistic aliens. 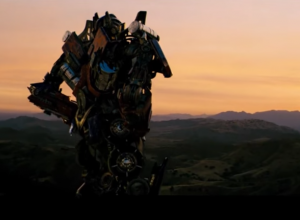 The theme song for the first Transformers (as well as for the following two ones) was created by Linkin Park.

Listen to the song and try to hear what words from the lyrics are missing (to check yourselves select the text):

There is a small scene from the film. But there is no sound – could you think and make the sound track for it? What could the characters be discussing?