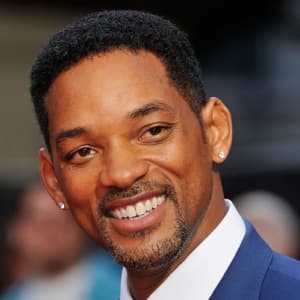 Willard Carroll “Will” Smith, Jr. (born September 25, 1968) is an American actor, comedian, producer, rapper, and songwriter. In April 2007, Newsweek called him “the most powerful actor in Hollywood”. Smith has been nominated for five Golden Globe Awards, two Academy Awards, and has won four Grammy Awards.

In the late 1980s, Smith achieved modest fame as a rapper under the name The Fresh Prince. In 1990, his popularity increased dramatically when he starred in the popular television series The Fresh Prince of Bel-Air. After the series ended, Smith moved from television to film, and ultimately starred in numerous blockbuster films.
Smith was born in West Philadelphia, the son of Caroline (Bright), a Philadelphia school board administrator, and Willard Carroll Smith, Sr., a refrigeration engineer. On Smith married actress Jada Koren Pinkett in 1997. Together they have two children: Jaden Christopher Syre Smith (born 1998), his co-star in The Pursuit of Happyness and After Earth, and Willow Camille Reign Smith (born 2000), who appeared as his daughter in I Am Legend.
Smith was consistently listed in Fortune Magazine’s “Richest 40” list of the forty wealthiest Americans under the age of 40. 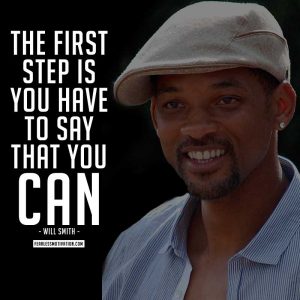